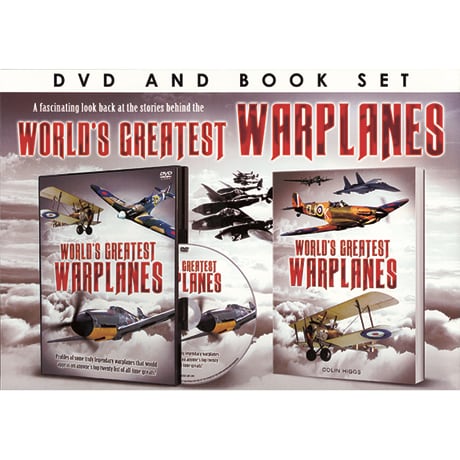 Early in the 20th century, many military leaders were skeptical about the value of airplanes, but they subsequently became the preeminent means of waging war, and were adapted to counter a wide variety of threats. Using thrilling footage, this documentary profiles such classic warplanes as the Spitfire, Hurricane, Messerschmitt Bf 109, Phantom, F-16, Sabre, Vulcan, B-17 Flying Fortress, and the Stealth Bomber. This set also includes a 128-page paperback book, which provides info on the creation and history of 25 planes—among them the Fokker E.I., Junkers Ju-88, and De Havilland Mosquito—and features more than 130 color and black and white photographs.