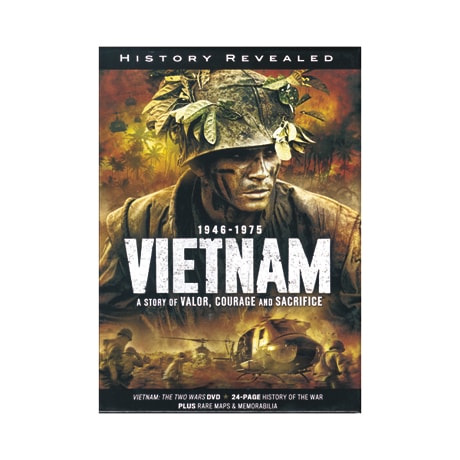 At war for nearly three decades, Vietnam ended France's colonial hopes in the region with a stunning 1954 victory, then withstood America's attempt to dislodge the communist government of North Vietnam. Using rare archival footage, this documentary examines these eerily similar conflicts, both of which were prompted by ideological considerations even more than by military objectives. This set includes an illustrated 24-page booklet providing a succinct overview of the wars, while the facsimile documents here include two maps, a telegram announcing an imminent attack on U.S. forces, a presidential citation signed by Richard Nixon, and a soldier's high-spirited letter announcing to family and friends that he is coming home.