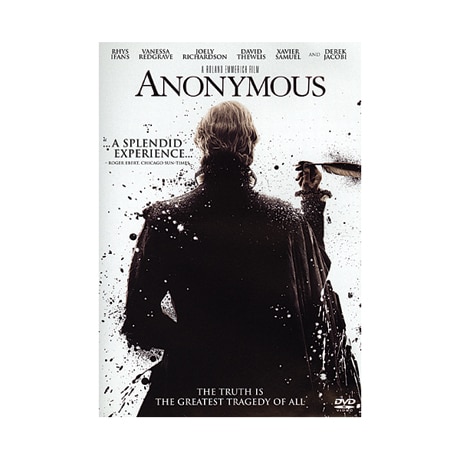 (Academy Award Nominee for Best Costume Design) Who was the real William Shakespeare? In this 2011 historical thriller, Rhys Ifans portrays Edward de Vere, Earl of Oxford, who cannot publish under his own name; his friend Ben Jonson (Sebastian Armesto) declines to be a front for him, but vainglorious actor William Shakespeare (Rafe Spall) is interested. More is at stake than literary reputations, however, as a production of Richard III serves to influence popular opinion in the hunt for a successor to the ailing Queen Elizabeth I (Vanessa Redgrave). Nominated for a Best Costume Design Oscar, this film's exceptional supporting cast includes Mark Rylance, Derek Jacobi, David Thewlis, and Joely Richardson. Extras on this DVD include director's commentary, deleted scenes, and a featurette on the Bard's identity.