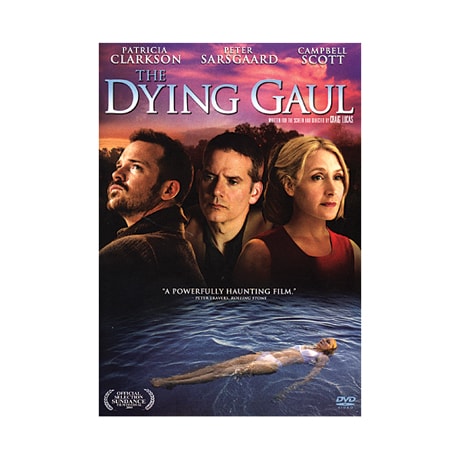 The Tony Award–winning screenwriter who penned Prelude to a Kiss adapts his off-Broadway play The Dying Gaul for this "boldly expressionistic" (NYTimes) 2005 drama. Peter Sarsgaard plays Robert Sandrich, a grief-stricken screenwriter who has written a brilliant script based on his lover's death from AIDS. A powerful film executive (Campbell Scott) wants to buy it for a million dollars, but only if the Sandrich will change it to a heterosexual relationship; bringing Sandrich to his fabulously over-the-top mansion, he introduces him to his wife (Patricia Clarkson), who seems to already know a great deal about the aspiring screenwriter. An unconventional love triangle develops, putting all three of them at great risk.