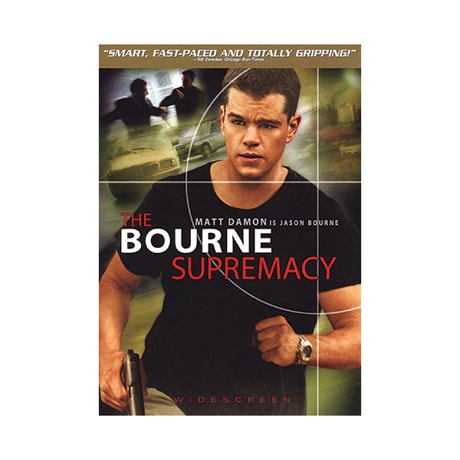 Now living undercover in India, Jason Bourne (Matt Damon) finds himself forced out of hiding when he is framed by Russian agent Kirill (Karl Urban) for a brutal espionage mission, in this second film in the series, from 2004. Sensing an opportunity to further his own sinister agenda, CIA operative Ward Abbott (Brian Cox) renews his pursuit of Bourne, who finds help within the agency from Nicky Parsons (Julia Stiles). Traveling to Germany and Russia to prove his innocence, Bourne will nonetheless have to square off against Kirill, and then face the consequences of a hit that he made in his days as a CIA assassin. The many DVD extras include deleted scenes as well as eight behind-the-scenes featurettes on the movie's fight scenes, car chases, and cinematography.