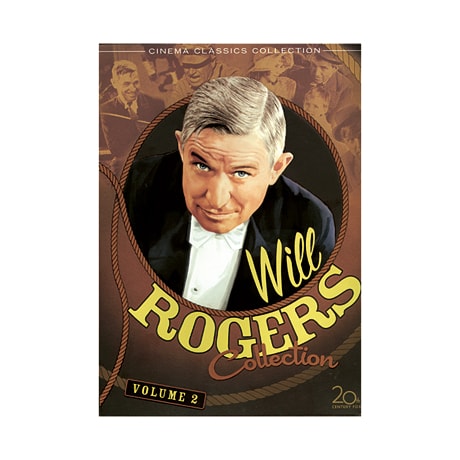 The homespun philosophy and humanistic, irreverent wit of folksy Oklahoma humorist/political pundit Will Rogers struck a deep chord with the public. A cowboy and circus performer before appearing in vaudeville as a rope twirler, Rogers added droll banter to his act and soon became a headliner in the Ziegfeld Follies. With the advent of sound, he became a bona fide movie star by playing small-town individualists up against big business, mechanization, and hypocrisy. In Too Busy to Work (1932), good-natured hobo Jubilo—Rogers's favorite character among his many roles—tracks down the man who ran away with his wife while he was away at war. The set also includes the international relations satire Ambassador Bill (1931); 1934's David Harum, in which he's a racetrack aficionado betting on revenge; and 1933's Mr. Skitch, with ZaSu Pitts as Rogers's wife. Among the four bonus featurettes are Jane Withers Remembers and He Chews to Talk, with its famous "unemployment relief" speech.