A Minute to Pray, A Second to Die 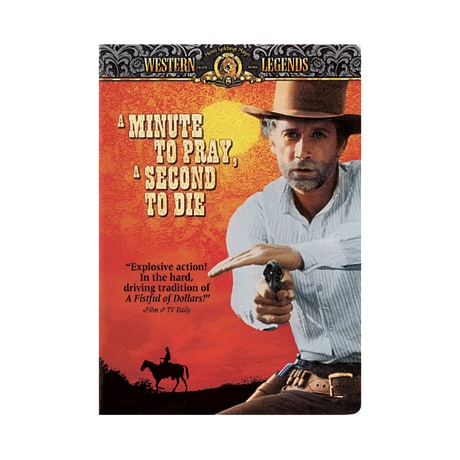 A Minute to Pray, A Second to Die

When gunslinger Clay McCord (Alex Cord) gets the shakes in his shooting arm, he fears that he is afflicted by the same epilepsy that troubled his father, and decides it's time to hang up his pistols for good, in this 1968 spaghetti western. The governor of New Mexico (Robert Ryan) offers amnesty for outlaws who come to the town of Tuscosa, but when McCord gets there, he runs afoul of a vicious sheriff (Arthur Kennedy), and begins to suspect that he has fallen into a trap. A kindly doctor (Enzo Fiermonte) and a beautiful local woman (Nicoletta Machiavelli) come to McCord's aid, but the bigger problem is the gang of criminals on their way to Tuscosa.