Mutiny on the Bounty: Special Edition 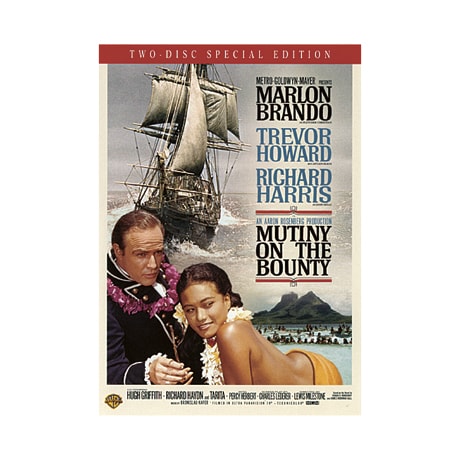 Mutiny on the Bounty: Special Edition

(Academy Award Nominee/Best Picture, Cinematography, Art Direction, Special Effects, Editing, Score, Song) MGM's spectacular color-drenched 1962 remake of the nautical classic was nominated for seven Oscars and probably would have won them all had it not been competing against Lawrence of Arabia. Marlon Brando plays a dandified Fletcher Christian, Trevor Howard is among the cruelest of Captain Blighs, and a young Richard Harris delivers a breakout performance as the unfortunate seaman John Mills. This two-disc Special Edition includes five featurettes on the construction of the full-scale replica of the HMS Bounty and its post-film voyages.