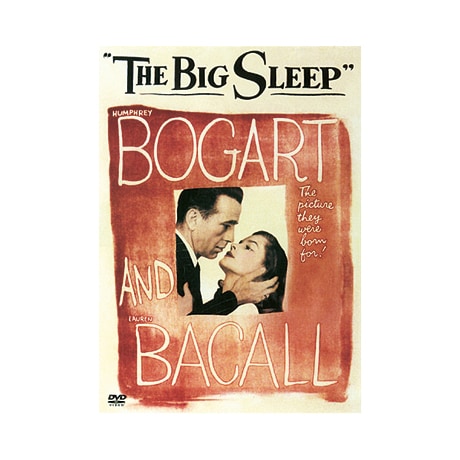 Called to the L.A. estate of his new client General Sternwood (Charles Waldron), private eye Philip Marlowe (Humphrey Bogart) thinks it's just a matter of a family member's gambling debts; leaving the mansion, the gumshoe meets the general's daughter Vivian (Lauren Bacall), who will either help him with the case—or make his life very complicated. In this stylish film version of Raymond Chandler's novel, Marlowe's simple case lures him into a web of blackmail and murder, and his curiosity lands him in danger again and again. More than seven decades after its 1946 release, Howard Hawks's masterpiece remains the quintessential film noir and one of the most inspired adaptations of a literary work from the 20th century, with a script by William Faulkner and Leigh Brackett; on the flipside of the disc is the 1945 "prerelease" version, with alternate takes of some of the scenes. Also included is a bonus documentary that compares the two versions of the film.