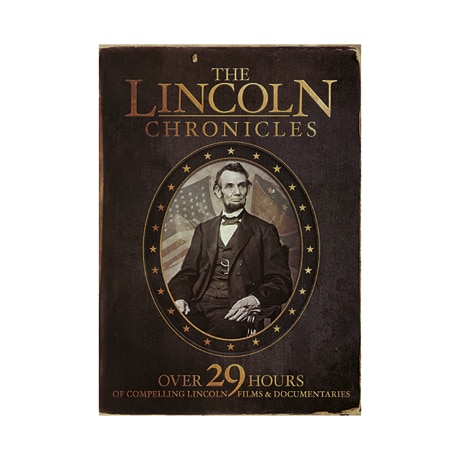 (Emmy Winner Included/Hal Holbrook) Long an inspiration to filmmakers, Abraham Lincoln is the subject of the documentaries and dramas in this 29-hour set. Hal Holbrook won an Emmy for his portrayal of the 16th president in the 1974–76 miniseries Sandburg's Lincoln, included here in its entirety, while America: The Birth of Freedom is a nine-part series that recaps the American Revolution and shows how Lincoln upheld those original ideals. Also included are Civil War: America Divided; D.W. Griffith's feature-length 1930 Abraham Lincoln, starring Walter Huston in the title role; and Abraham Lincoln: Trial By Fire, a multi-faceted look at Lincoln as commander-in-chief, as well as his assassination at the hands of John Wilkes Booth.