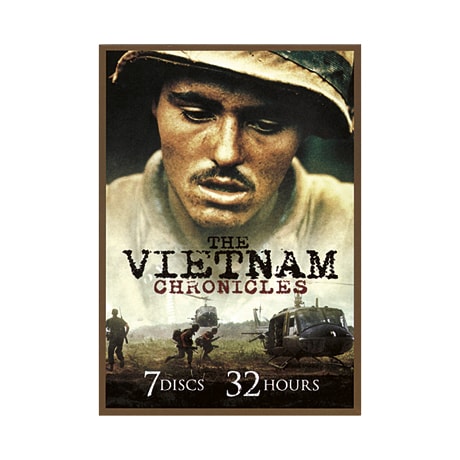 It is a conflict still incompletely understood, and so here the Vietnam War is presented through extensive archival footage and the reminiscences of those who were there, leaving viewers to come to their own conclusions. Providing a "soldier's-eye-view," the 12-part Vietnam War Stories includes interviews with veterans and stunning color photography, while Secrets of War—with narration by Charlton Heston—is a detailed look at American black-ops efforts and the Viet Cong's guerilla warfare tactics, including tunnels and even underground cities. Vietnam: America's Conflict is a comprehensive, 23-hour overview of the war, exploring its causes and repercussions, while also examining the day-to-day existence of the soldiers who fought it.