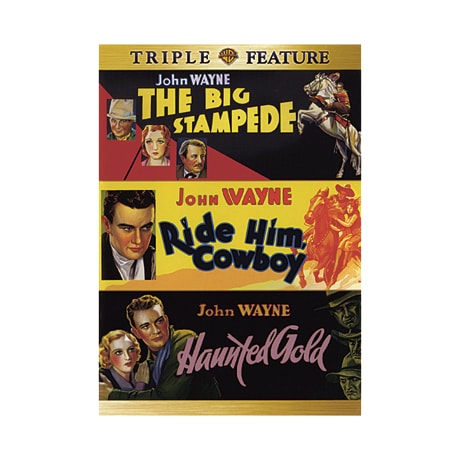 A 25-year-old John Wayne was cast in these 1931–32 remakes of silent Westerns originally starring Ken Maynard. The Big Stampede pits Wayne against a cattle baron (Noah Beery) who is tormenting new ranchers. Haunted Gold unravels the mystery of an abandoned gold mine lying beneath a ghost town. Ride Him, Cowboy finds Wayne rescuing a spirited horse and tracking a notorious killer named the Hawk (Frank Hagney), while falling under suspicion of being the famous outlaw. In all three films, Wayne rides Duke, the same white horse ridden by Maynard, and whose moniker Wayne would later adopt for himself.