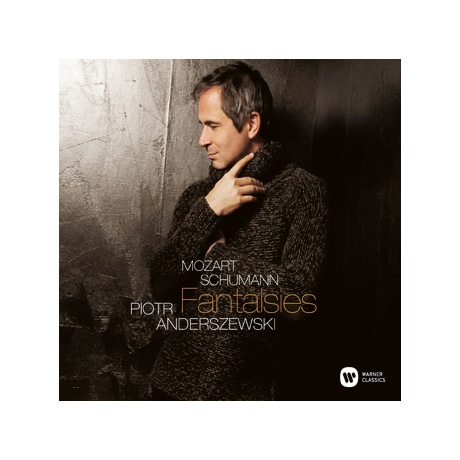 A past winner of the Choc du Monde de la Musique and the Echo Klassik award—and with a previous disc of Robert Schumann's music earning him the BBC's 2012 Recording of the Year Award—Piotr Anderszewski returns to the German master's piano works here with the youthful Fantasy in C Major, op. 17, and from 1854, the Theme with Variations in E-flat Major (Geistervariationen ["Ghost Variations"]), which Schumann believed had been dictated to him by spirits. Also included here are W.A. Mozart's Fantasia in C Minor, K. 475, and the Piano Sonata no. 14 in C Minor, K. 457. Finding a kinship between the two composers, Anderszewski notes "an unobstructed directness to their music, in which the purity of intention remains intact." Here too is a bonus DVD containing the documentary Warsaw Is My Name, a portrait of the Polish pianist.