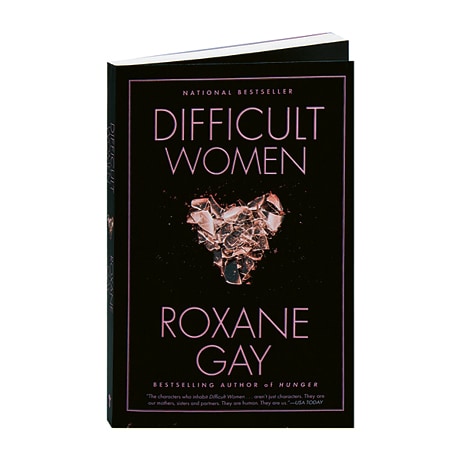 In two dozen tales of hardscrabble lives, passionate loves, and quirky and vexed human connections, the difficult women envisioned in this first short story collection by Roxane Gay are in marriages both loving and haunted, marked by past crimes or emotional blackmail. A pair of sisters, inseparable ever since they were abducted together as children; a woman whose husband switches places with his twin brother; a stripper putting herself through college; an engineer in Upper Michigan on a job site where hers is the only black face—these are some of the unforgettable women given voice by Gay, author of the novel An Untamed State (a Dayton Literary Peace Prize finalist) and the essay collection Bad Feminist.

"Like Joyce Carol Oates's Where Are You Going, Where Have You Been? or Shirley Jackson's We Have Always Lived in the Castle, this is fiction pressed through a sieve, leaving only the canniest truths behind.... Addictive, moving and risk-taking."—SFChronicle

"Roxane Gay, the acclaimed American essayist and novelist, charges from the gate in her debut collection of short fiction.... These are the places I'm going to take you, Gay seems to be saying. Are you prepared?... Provocation operates on different levels in this collection. First on the level of theme—the presentation of female sexual desire, both masochistic and otherwise, is vigorous and forthright, the language refreshingly frank and graphic—then on the level of technique."—Globe and Mail (Toronto)