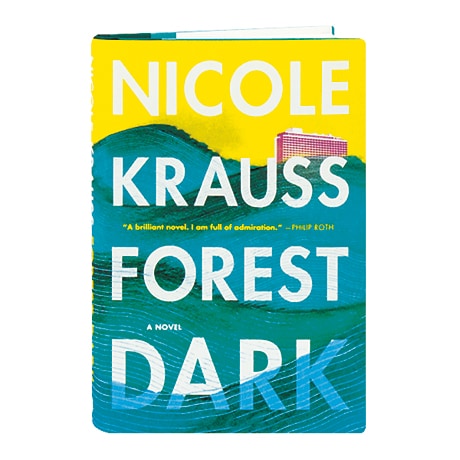 (First Edition, Signed Bookplate) The author of the National Book Award finalist Great House, the Saroyan Prize winner The History of Love, and the Los Angeles Times Book Prize finalist Man Walks Into a Room, Nicole Krauss here weaves a profound, highly original tale of personal transformation. The metamorphosis of Jules Epstein first manifests itself as retirement from his law firm, divorce from his wife, and an inexplicable desire to give away all of his possessions. But his subsequent sojourn to Israel is sidetracked by an American rabbi and his daughter, who think that Epstein is descended from King David. Meanwhile a young novelist named Nicole Krauss arrives at the Tel Aviv hotel she has visited every year of her life, fleeing writer's block and a failed marriage and hoping to cross over into another reality. The bookplates for this first edition were signed by the real-world Krauss—or so we believe.

"A brilliant novel. I am full of admiration."—Philip Roth

"Strange and beguiling ... a mystery that operates on grounds simultaneously literary and existential ... metaphysical and emphatically realistic.... It's a perfectly Kafkaesque vision, almost uncanny enough to be sublime."—Harper's Magazine

"Entrancing and mysterious.... Krauss reflects with singing emotion and sagacity on Jewish history; war; the ancient, plundered forests of the Middle East; and the paradoxes of being. A resounding look at the enigmas of the self and the persistence of the past."—Booklist (starred review)