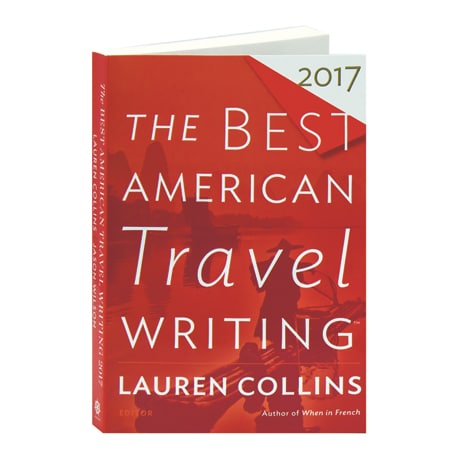 Ever since it was launched in 2000, "The Best American Travel Writing has been the gold standard for short-form travel writing from newspapers, magazines, and the Internet," asserted the New York Times Book Review. James Wilson, the series editor from the beginning, teams up with guest editor Lauren Collins (a New Yorker staff writer and the author of When in French: Love in a Second Language) to present 22 of the finest travel pieces from the previous year for this 2017 edition. We hear from vagabonds like Elif Batuman ("Cover Story"), Stephanie Elizondo Griest ("Chiefing in Cherokee"), Leslie Jamison ("The Big Leap"), David Kushner ("Land of the Lost"), Gideon Lewis-Kraus ("On the Road"), Alexis Okeowo ("The Away Team"), and Wells Tower ("No Amount of Traffic or Instagrammers or Drunks Can Take the Magic Out of (Semi-) Wilderness").