The Glass Universe: How the Ladies of the Harvard Observatory Took the Measure of the Stars 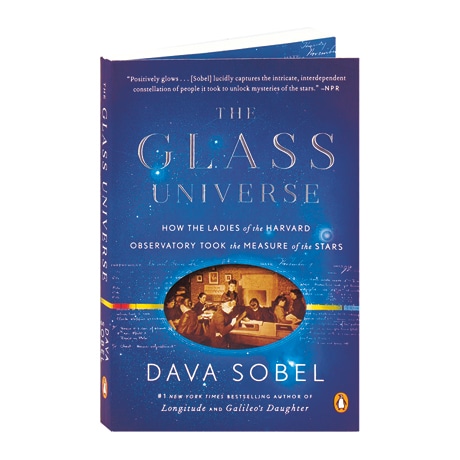 The Glass Universe: How the Ladies of the Harvard Observatory Took the Measure of the Stars

(Nominated for the PEN/E.O. Wilson Literary Science Writing Award, and named one of the best books of the year by NPR, the Economist, Smithsonian, and Nature) This fascinating history from the author of Longitude, Galileo's Daughter, and The Planets recounts the little-known story of a group of women who made pioneering discoveries in astronomy. In the 1880s, Edward Charles Pickering at the Harvard College Observatory began employing women as "human computers" to interpret the telescope observations made each night; as photography transformed astronomy, they studied the stars captured nightly on glass plates. The half-million plates that Harvard amassed over the ensuing decades—through the generous support of Anna Palmer Draper, widow of stellar photography pioneer Henry Draper, and heiress Catherine Wolfe Bruce—enabled the women to make extraordinary discoveries, discerning what stars were made of, dividing the stars into meaningful categories for further research, and deducing how to gauge true distances across space. Among them were such celebrated astronomers as Williamina Fleming, originally hired as Pickering's maid, who went on to identify 10 novae and more than 300 variable stars; Annie Jump Cannon, who designed a stellar classification system adopted by astronomers around the world and still in use today; and Cecilia Helena Payne, who in 1956 became the first woman professor of astronomy at Harvard, and the university's first female department chair. Dava Sobel's elegantly written account is enriched by excerpts from letters, diaries, and memoirs, and illustrated with archival photos.

"Sobel lucidly captures the intricate, interdependent constellation of people it took to unlock mysteries of the stars.... The Glass Universe positively glows."—NPR

"At once an exhaustive and detailed account of a breakthrough moment in the world of science, as well as a compelling portrait of pioneering women who contributed as much to the progress of female empowerment as they did to the global understanding of both astronomy and photography."—Harper's Bazaar

"Sobel continues her streak of luminous science writing with this fascinating, witty, and most elegant history ... a feast for those eager to absorb forgotten stories of resolute American women who expanded human knowledge."—Booklist (starred review)