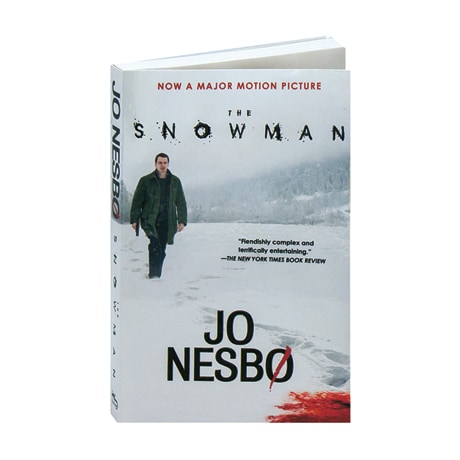 One night, after the year's first snowfall, young Jonas wakes up and discovers that his mother has disappeared. The only remaining trace of her is a pink scarf, his Christmas gift to her, now worn by the snowman that inexplicably appeared in their yard earlier that day. In his seventh investigation, following The Redeemer, Harry Hole suspects a link between the missing woman and a suspicious letter he's received, and soon a pattern emerges: over the past decade, eleven women have vanished—all on the day of the first snow—and Hole realizes he is pursuing Norway's first serial killer. Now a major motion picture starring Michael Fassbender, The Snowman is "fiendishly complex and terrifically entertaining" (NYTBR). Jo Nesbø is one of Europe's most critically acclaimed and successful crime writers. His first novel featuring the brilliant but alcoholic detective Harry Hole won the Glass Key Award (the most prestigious crime-writing award in Northern Europe) for Best Nordic Crime Novel, while Norwegian book club readers voted The Redbreast, his first novel available in English, as the best Norwegian crime novel of all time.

"Macabre and disturbing.... Deft plotting, strong characterization, adrenaline-fueled action sequences and a whole raft of social issues raised along the way make this book a spectacularly good example of how a tried and tested (and often tired) formula can be made exhilarating and fresh."—Guardian (London)