Chris Thile: Thanks for Listening 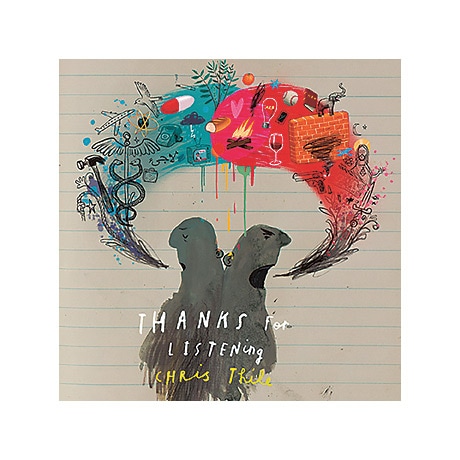 Chris Thile: Thanks for Listening

An artist of boundless energy and creativity, Chris Thile took the job of hosting A Prairie Home Companion and even set himself the task of writing a new song for the show each week. Singing lead and playing most of the stringed instruments himself, the four-time Grammy winner is front and center on these recordings, but—being passionate about collaborating with other musicians—Thile is joined by guest singers Sarah Jarosz ("Modern Friendship"), Gaby Moreno ("Thank You, New York"), and Aoife O'Donovan ("Douglas Fir"). Blending bluegrass, folk, and a bit of R&B, Thile also excels on the funky "Elephant in the Room" as well as "Falsetto," "I Made This for You," "Feedback Loop," and "Balboa."

"[The songs] are topical, tender, adventurous, enquiring and direct. At times, as on the solo voice and mandolin 'Balboa,' it's as if Thile is communicating personally with the listener in the grand radio tradition. Elsewhere, with the added voices of Sarah Jarosz, Aoife O'Donovan and Guatemalan Gaby Moreno, Thile becomes a Brian Wilson for the Twitter age. 'Thank You, New York' and 'Falsetto' are great pop songs, stand-outs on an album that keeps calling listeners back."—The Herald (Scotland)