Sam Smith: The Thrill of It All—Special Edition 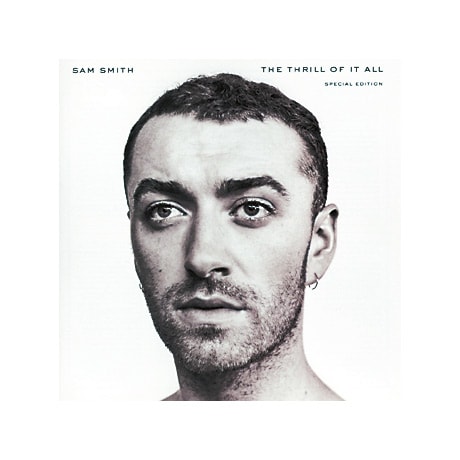 Sam Smith: The Thrill of It All—Special Edition

Following up 2014's multi-platinum smash In the Lonely Hour, Sam Smith stepped back from the limelight, saying, "I wasn't trying to make a big pop record when I made this album. I was actually just trying to make something personal and like a diary." The four-time Grammy winner quickly returned to the top of the charts with "Too Good at Goodbyes," which leads off this disc, while the gospel-tinged "Pray" was inspired by Smith's trip to Iraq. Among the other highlights are "Burning," "Midnight Train," and "Baby, You Make Me Crazy," while this Special Edition also includes the bonus tracks "Scars," "One Day at a Time," "Nothing Left for You," and "The Thrill of It All."

"The songs here are as cannily constructed as we've come to expect from Smith, and they all sound like they could be radio hits: The compositions are sturdy, the hooks instantly memorable, and the lyrics effective in breathing new life into familiar tropes.... [This disc is] the most potent proof yet of Smith's unique cleverness as a songwriter and unquestioned presence as a singer."—Slant Magazine