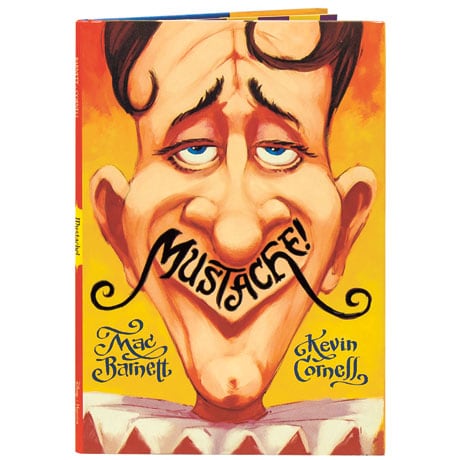 King Duncan is terribly handsome, but he is also a terrible king; his kingdom is in ruins, and when his subjects appeal for help, he only builds more tributes to his face. In this tale for readers 4 to 8 by the author of Billy Twitters and His Blue Whale Problem, the people are finally ready to stand up for themselves, and they begin a campaign of defacement to hit the misguided monarch just where it will hurt him most—his pride. Wry and filled with historical details, Kevin Cornell's painted illustrations make use of such faux-medieval flourishes as illuminated borders for the pages and scrolls that contain the words of Mac Barnett's text, while he brings a gift for caricature to his depictions of Duncan, the royal advisors, and the mischievous villagers.