One Man Against The World The Tragedy Of Richard Nixon 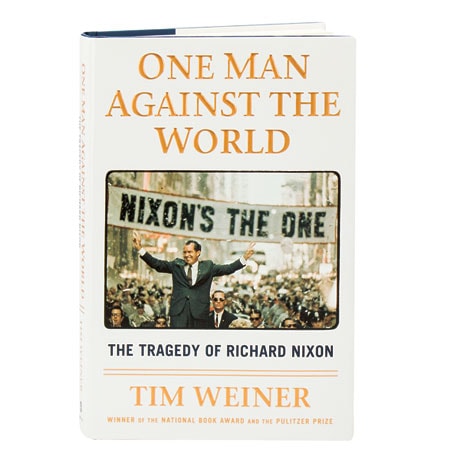 One Man Against The World The Tragedy Of Richard Nixon

Based largely on documents declassified only in the past few years, this riveting look at Richard Nixon's darkest hour links the president's desperate attempts to win at all costs in Vietnam with the brazen Watergate scheme and his catastrophic failure to conceal it. A Pulitzer Prize-winning journalist and a National Book Award winner for Legacy of Ashes: The History of the CIA, Tim Weiner sheds new light on this tumultuous period, but also on the motivations of a president who saw enemies everywhere—including congress, his cabinet, and the American people—and whose efforts to save himself undermined the foundations of the country he had hoped to lead.