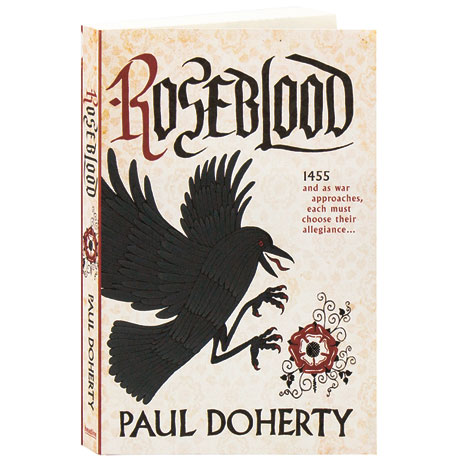 England, 1455—a kingdom on the brink of civil war. The Red Rose is King Henry of Lancaster, whose days are numbered; deemed unfit for rule by his own mother, he surely cannot last on the throne for long. Simon Roseblood— London lord, taverner, and alderman—is one of the few loyal servants left to fight for him. The White Rose, the ruthless Richard of York, has his eye firmly set on the crown—and plenty of powerful allies who will do anything to help him win it. When Roseblood is summoned by Richard's henchman Amadeus Sevigny to stand trial for a crime he knows he didn't commit, their paths cross in ways that alter them both forever. And as the War of the Roses looms, an even greater foe is poised to take advantage of the upheaval and rock the foundations of England.