A Brief Guide To Classical Civilization 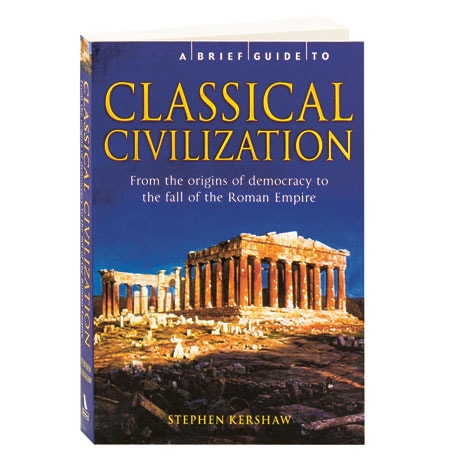 A Brief Guide To Classical Civilization

From the writings of Plato to the Olympic Games, and from the Pax Romana to the beginning of Christianity, the classical world of Greece and Rome is the foundation upon which Western culture has been established. Broadly examining these ancient peoples, Stephen Kershaw delves into their social lives, recreation, and religion, and charts their contributions to politics, philosophy, art, and architecture. Kershaw discusses Homer's Iliad and Odyssey and Virgil's Aeneid, and traces the development of comedy and tragedy in Greek and Roman theater. Here too are an account of everyday life in Pompeii, a survey of the Caesars, and an overview of Rome's 5th century downfall.