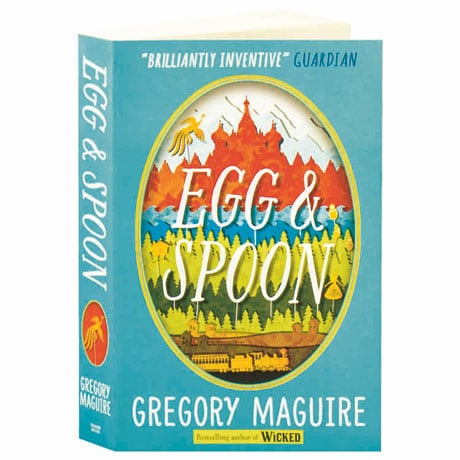 Life looks bleak for Elena Rudina, a peasant girl in the Russian countryside—and soon to be the only one left in her family—until the night a strange storm brings a magnificent steam train into the abandoned station in her village. Aboard are a priceless Fabergé egg for the tsar and a girl named Ekaterina, whose fate soon becomes entwined with Elena's. From the glittering city of Saint Petersburg to the glacial lands of the north, the author of What-the-Dickens and the Wicked books spins a magical adventure starring the mythical Firebird, a prince travelling incognito, and Baba Yaga, the enigmatic witch of Russian folklore (as well as her shapeshifting house, perched on chicken legs).