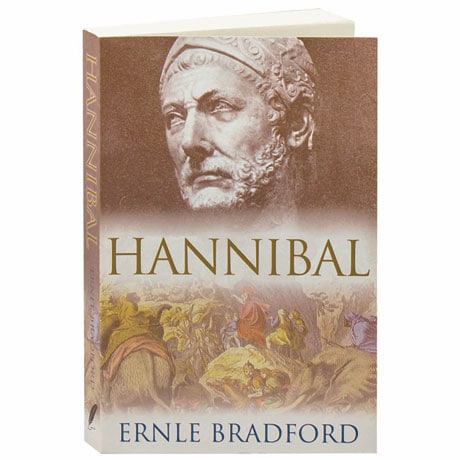 Upon becoming commander in chief of the Carthaginian army in 221 BC, 26-year-old Hannibal began to make good on his pledge to end Rome's domination of the ancient world. Here the author of Ulysses Foundgives us a wellrounded portrait of one of history's greatest generals, a man who led his troops over the Alps along with 37 elephants, dealing the Romans crushing defeats at Lake Trasimene and Cannae in the midst of a long and grueling war. A BBC broadcaster and a sailor with extensive knowledge of the Mediterranean, Ernle Bradford also discusses Hannibal's unexpected home-field defeat at the hands of Scipio Africanus, and his subsequent exile, which he undertook to save Carthage from the Romans' wrath.