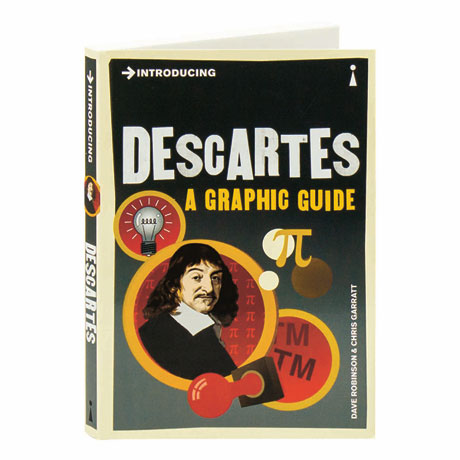 Prepared to doubt everything, including his own physical existence, René Descartes famously said "I think, therefore I am," though many who know the phrase may not be clear on what he really meant. This book explains what Descartes doubted, the questions he asked about human beings and their place in the world, and why he is often called the father of modern philosophy. Dave Robinson—himself a philosophy teacher—and newspaper cartoonist Chris Garratt provide a lucid account of Descartes's contributions to modern science, mathematics, and the philosophy of mind, and also reveal why he liked to do his serious thinking in bed.