The Invasion Of Europe By The Barbarians 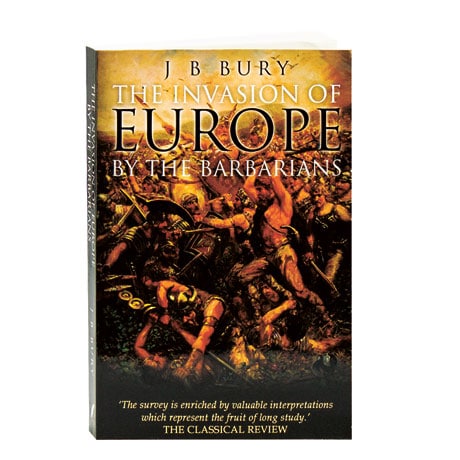 The Invasion Of Europe By The Barbarians

Evoking cave men with an indiscriminate hatred of civilization, the term "barbarian" actually encompassed a wide range of cultures—among them the Huns, Germans, Visigoths, and Gauls—many of whom were as sophisticated and dignified as the Romans they battled. Culled from his lectures, J.B. Bury's 1928 collection views Rome's fifth-century collision with a host of foreign powers through various angles and individual conflicts, including the Goths' defeat of the Roman army at Hadrianople, Attila's attack on Italy and Gaul, and the gradual yet insidious "Germanization" of Roman culture. Bury also profiles such commanding figures as Constantine, Diocletian, Theoderic of the Ostrogoths, and the Frankish king Clovis.