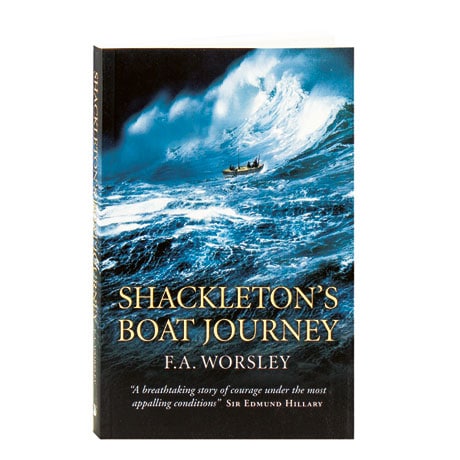 Captained by Frank A. Worsley, the H.M.S. Endurance was the ship used for Ernest Shackleton's 1914-16 expedition to the Antarctic. Before it reached the continent however, the Endurance became trapped and then crushed by pack ice, while its crew of 28 drifted on the floe for five months. Finally reaching an uninhabited island, Shackleton, Worsley, and four others sailed 800 miles in an open boat to the island of South Georgia, an astounding feat of navigation and courage. As Worsley writes in this gripping account, "By self-sacrifice and throwing his own life into the balance, Shackleton saved every one of his men ... although at times it had looked unlikely that one could be saved."

"A breathtaking story of courage under the most appalling conditions."—Edmund Hillary