Turing And The Universal Machine The Making Of The Modern Computer 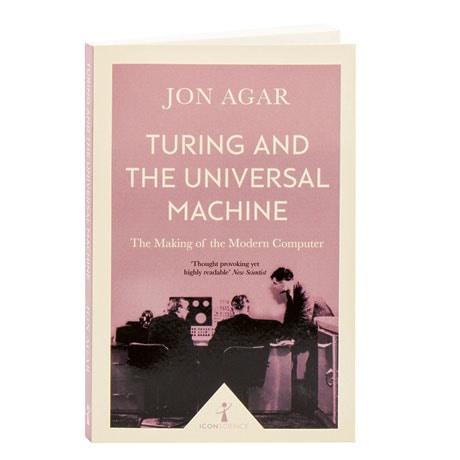 Turing And The Universal Machine The Making Of The Modern Computer

The history of the computer is intertwined with that of one man in particular: Alan Turing, Bletchley Park's brilliant but troubled World War II codebreaker. How did this device, so primitive when it first appeared eight decades ago, come to determine and dominate our lives so totally? This succinct, enlightening biography of Turing and his creation includes profiles of such pioneers as Charles Babbage—whose 19th-century "difference engine" was an astonishing look ahead—and Nazi engineer Konrad Zuse, designer of the first programmable computer. Here too is a look at Turing's 1951 "Blue Pig," a room-sized computer that could calculate math problems rapidly, sing awkward renditions of "Baa Baa Black Sheep" and "In the Mood," and even compose bizarre love poetry.