The Phoenix And The Carpet 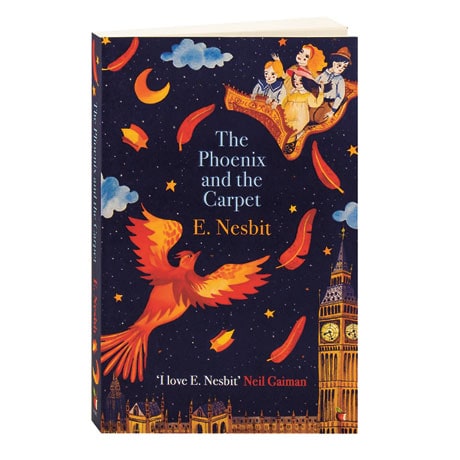 The Phoenix And The Carpet

It's surprising enough to have a phoenix hatch in your house, but even more startling when it talks and reveals that you have a magic carpet on the floor. This 1904 sequel to Five Children and It continues the story of siblings Cyril, Anthea, Robert, Jane, and their baby brother, the Lamb, who are accompanied by the vain and ancient bird on a series of adventures through time and space which—magic being what it is—rarely turn out as they were meant. After causing enough hijinks, the phoenix will have to fulfill its fiery destiny, but it will need the help of the children and the magical fairy known as the Psammead to complete it.