Stalin's Daughter The Extraordinary And Tumultuous Life Of Svetlana Alliluyeva 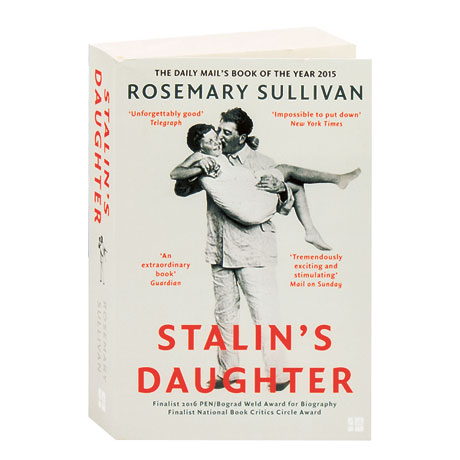 Stalin's Daughter The Extraordinary And Tumultuous Life Of Svetlana Alliluyeva

Born in the early years of the Soviet Union, Svetlana Stalin spent her youth inside the walls of the Kremlin, living in the shadow of her father, dictator-for-life Josef Stalin. Although her privileges protected her from the mass starvation that haunted Russia, Svetlana endured the loss of her mother and two brothers, while her lover was exiled to Siberia by her father. With access to CIA, KGB, and Soviet government archives, as well as the close cooperation of Svetlana's daughter, the author of Villa Air-Bel recounts Svetlana's life as a virtual prisoner, which led to her 1967 defection to America; here too is an account of her shiftless existence in the U.S., where she outlived her father by more than five decades.