The Dead Duke, His Secret Wife, And The Missing Corpse An Extraordinary Edwardian Case Of Deception And Intrigue 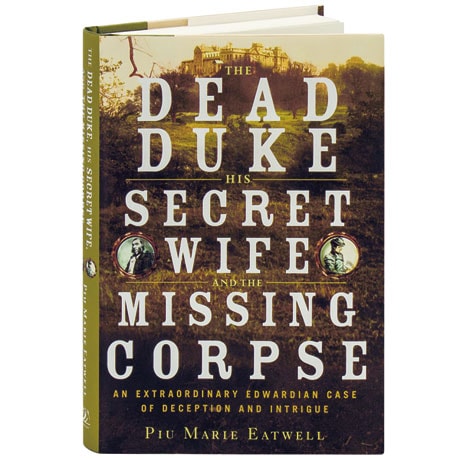 The Dead Duke, His Secret Wife, And The Missing Corpse An Extraordinary Edwardian Case Of Deception And Intrigue

In 1898, an elderly widow came to the British court with an astonishing request to open the grave of her late father-in-law T.C. Druce, suggesting that this middle-class merchant was the alter ego of the deceased and enormously wealthy Duke of Portland. With a fortune up for grabs, the ensuing legal battle lasted for a decade, and gave the public a glimpse of upper-class eccentricity; obsessed with privacy, the Duke had constructed elaborate underground passageways on his estate and communicated with his household staff through letters. Did he also live a double life, and if so, why? In this true tale that is stranger than fiction, the author of Black Dahlia, White Rose also chronicles how the U.K.'s sensationalist media pitched the story as a struggle between the classes.