Half-Earth Our Planet's Fight For Life 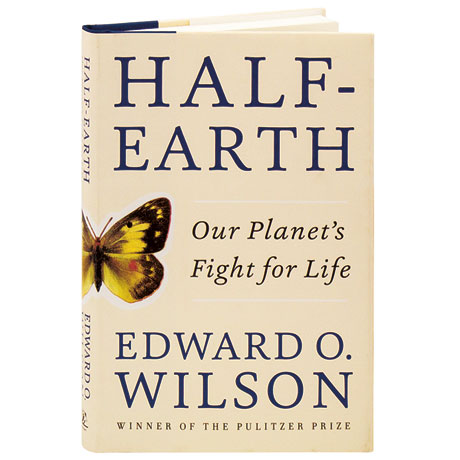 Half-Earth Our Planet's Fight For Life

Whole species are now being wiped from the Earth at an alarming rate. In order to stave off this mass extinction—and the threat to our own species—we must move swiftly to preserve the biodiversity of our planet, insists Edward O. Wilson. The author of the Pulitzer Prize winners On Human Nature and The Ants and namesake of the PEN/E.O. Wilson Award, he argues that the situation facing us is too large to be solved piecemeal; we must dedicate fully half the surface of the earth to nature. Yet his impassioned treatise is also a practical one; Wilson maintains that we still have time to set aside that half-planet, and identifies actual spots where Earth's biodiversity can still be reclaimed.