Word Nerd Dispatches From The Games, Grammar, And Geek Underground 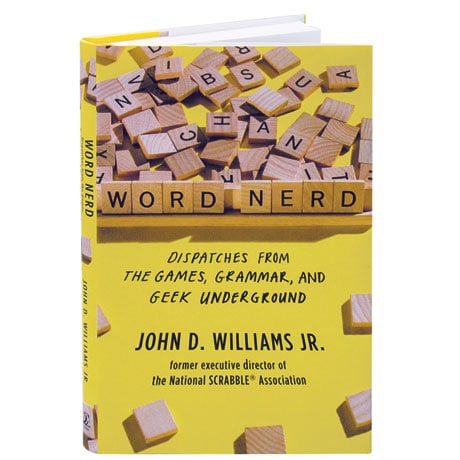 Word Nerd Dispatches From The Games, Grammar, And Geek Underground

In this one-of-a-kind memoir from the first and only executive director of the National Scrabble Association, John Williams offers a piquant (seven-letter word, 68 points) look inside the byzantine world of top Scrabble players. Whether reminiscing about past champions, detailing the controversy over purging the Official Scrabble Players Dictionary of offensive words, opining on vowelless words (like cmw for a Welsh deep-walled basin, or nth for the ultimate degree), or exploring anagrams, palindromes, and the highest-scoring Scrabble plays of all time, Williams crafts a loving tribute to words and the games people play with them.