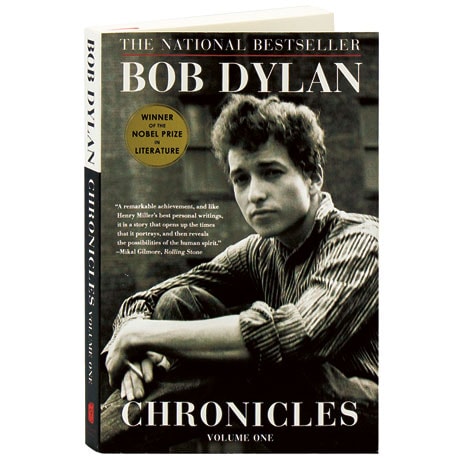 Revealing, poetical, impassioned, and witty, this first volume of Bob Dylan's memoir reveals major and minor influences, epiphanies, and critical junctures that the Nobel Prize-winning songwriter sees as guiding his life and career. It was a finalist for the National Book Critics Circle Award in Biography/ Autobiography and won the inaugural Quill Award in the same category. Among the free-flowing vignettes, Dylan paints a startlingly vivid picture of Greenwich Village in 1961, when he saw New York as a magical city of possibilities. "[The book] turns out to be the work of a masterful essayist, a compelling cultural observer and, yes, a poet masquerading as a trapeze artist."—Washington Post