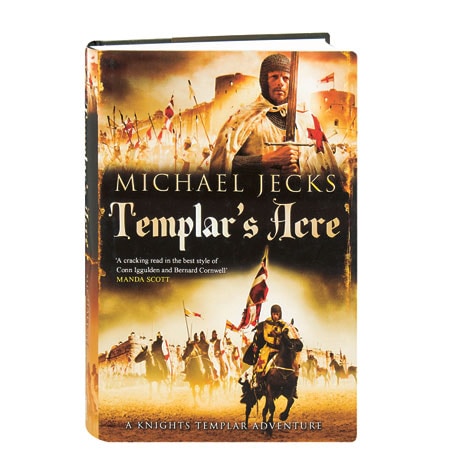 The Holy Land, 1291: A war has been raging across these lands for decades. The forces of the Crusaders have been pushed back again and again by the Muslims and only the city of Acre remains in Crusader control. The hero of 31 Knights Templar mysteries, Baldwin de Furnshill is shown here in a prequel (also the final installment of Michael Jecks's long-running series), in which he is green and scared, having never seen battle. On the run from a dark past, 16-year-old Baldwin has no choice but to stay and fight, with the fate of the city and all Christendom hanging in the balance. "New readers will want to seek out other books in the series, while established fans will find this a thoughtful and touching conclusion."—Publishers Weekly