The Demon's Brood A History Of The Plantagenet Dynasty 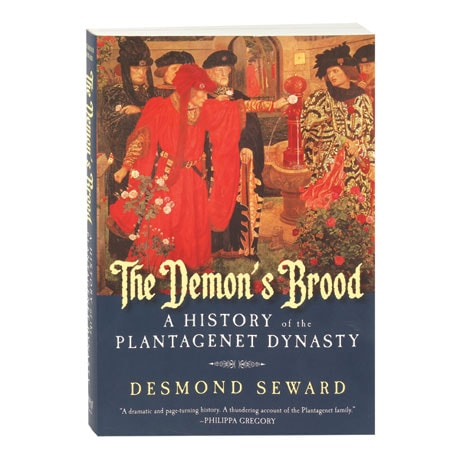 The Demon's Brood A History Of The Plantagenet Dynasty

The Plantagenets reigned over England from the mid-12th century to the late 15th, longer than any other family. Four Plantagenet kings were murdered, two were nearly deposed, and the last (and most notorious), Richard III, was killed in a battle by rebels. Shakespeare wrote plays about six of them, further entrenching them in the national myth. Desmond Seward takes us from Black Fulk, the Angevin count who supposedly wed a demon, through the Angevin kings, the main Plantagenet line, and the Houses of Lancaster and York. "This is a big ballsy history.... Seward reminds us of a style that has been all but lost in this thundering account of the Plantagenet family."—Times(London)