Restoration: The Year of the Great Fire 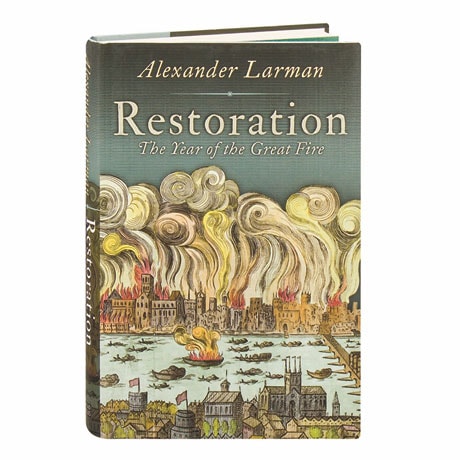 Restoration: The Year of the Great Fire

In 1666, England was recovering from an outbreak of plague that killed a quarter of its population, and the nation had also begun to relax after the hard years of Oliver Cromwell's repressive Protectorate. In this engaging, multi-faceted portrait of Restoration England, Alexander Larman draws upon his own research as well as the writings of such figures as Samuel Pepys, Thomas Hobbes, Isaac Newton, and John Dryden—who dubbed it the "Annus mirabilis"—to examine the era's views on marriage, sexuality, law, science, and religion, as experienced by innkeepers and upholsterers, lawyers and courtiers. Here too is the harrowing chronicle of the Great Fire of London, which left much of the city homeless and further tested the resolve of the public.