Sherlock: Over 80 Stories Starring the Greatest Detective of All Time 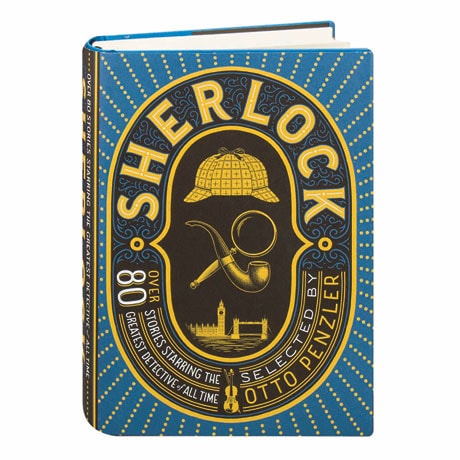 Sherlock: Over 80 Stories Starring the Greatest Detective of All Time

In 1887, Arthur Conan Doyle put pen to paper and created a legend: Sherlock Holmes, whose tall, hawk-nosed figure and deerstalker hat are instantly recognizable in every corner of the world. Alongside Doyle's original stories, Holmes has spawned a literature of his own in parodies and homages—more than 25,000 books, stories, and articles—by authors, amateurs, and scholars. Edgar and Ellery Queen Award winner Otto Penzler here assembles the best and most brilliant of these works, by Doyle himself as well as James Barrie, O. Henry, Stephen King, Kingsley Amis, A.A. Milne, P.G. Wodehouse, Neil Gaiman, Anthony Burgess, Colin Dexter, and Anne Perry.

"The variety of approaches is an eloquent testament to Conan Doyle's genius ... a must for all fans of the great detective."—Publishers Weekly

"Easily the largest collection of Sherlockiana tales ever published ... a landmark volume."—Booklist