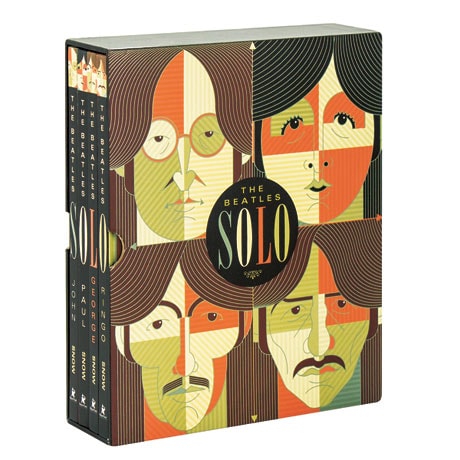 It seems entirely fitting that this look at the Beatles afterthey were the Beatles should be handsomely presented as four individual volumes slipcased together. Heavily illustrated, and collecting numerous quotes, lyrics, and memorabilia, this set chronicles the careers and lives of John Lennon, Paul McCartney, George Harrison, and Ringo Starr after they were no longer the Fab Four. Mat Snow, former editor of Mojomusic magazine, gives us lively accounts of their masterpieces and missteps as solo acts and as members of new bands, from Harrison's lush Wonderwall album (the shot that launched the post-Beatles era) to Lennon's Plastic Ono Band, McCartney's Wings, and Ringo's various All-Starr bands.