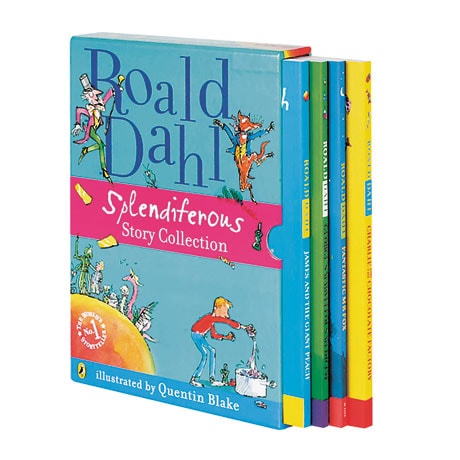 Four of Roald Dahl's most scrumdiddlyumptious favorites—three of which have been made into major motion pictures—are collected in this slipcased library for readers 8 and up. Meet Willy Wonka (and some rather naughty children) in Charlie and the Chocolate Factory, and be taken away aboard a magical peach in James and the Giant Peach. A very clever fox outfoxes some thickheaded farmers by tunneling under their feet in Fantastic Mr. Fox, while anyone taking George's Marvellous Medicine may find themselves growing taller than a house, or shrinking away altogether. All four novels feature color illustrations by Quentin Blake.