The Immortal Irishman The Irish Revolutionary Who Became An American Hero 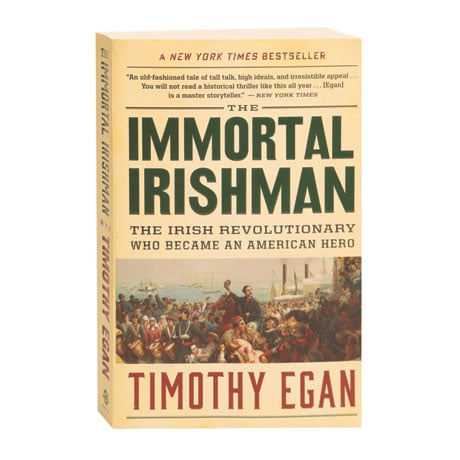 The Immortal Irishman The Irish Revolutionary Who Became An American Hero

The author of The Worst Hard Time, National Book Award winner Timothy Egan here delivers a rollicking yet haunting story of one of the most famous Irish Americans of all time. Thomas Francis Meagher was a dashing young orator during the Great Hunger of the 1840s, and led a failed uprising against British rule, for which he was banished to Tasmania for life. But two years later he was "reborn" in New York, instantly becoming the most famous Irishman in America. Meagher then led the newly formed Irish Brigade in some of the fiercest fighting of the Civil War, and later tried to build a new Ireland in the wild west of Montana—a quixotic adventure that ended with his disappearance, which Egan resolves convincingly at last.