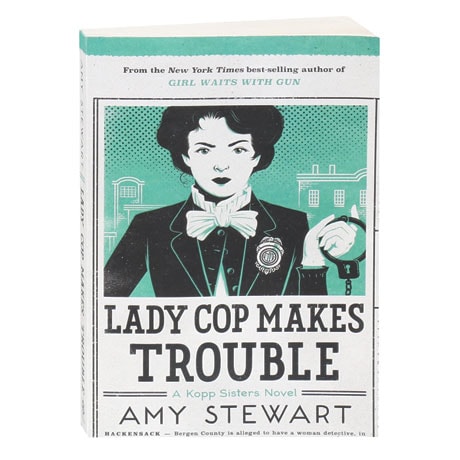 In 1915, no one expected lady cops to chase down fugitives on the streets of New York City; but Constance Kopp never did what anyone expected. A true historical figure, and one of the nation's first female deputies, Constance (and her sisters) return in this lighthearted crime novel, the sequel to Girl Waits With Gun. This time Deputy Kopp has to outwit a German-speaking con man who might get her boss Sheriff Heath thrown into his own jail. "Stewart deftly combines the rough-and-tumble atmosphere of early 20th-century New York City with the story of three women who want to live life on their own terms." —Library Journal(starred review)