Hue 1968 A Turning Point Of The American War In Vietnam 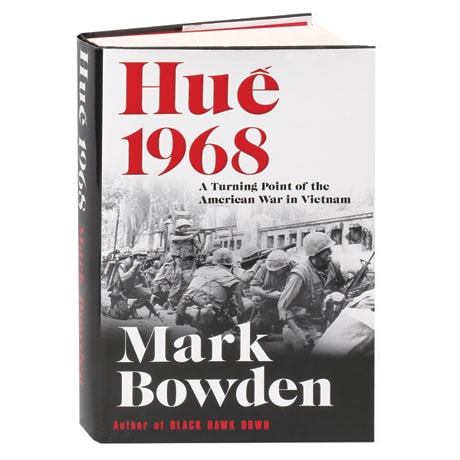 Hue 1968 A Turning Point Of The American War In Vietnam

The author of the National Book Award finalist Black Hawk Down here chronicles the centerpiece of North Vietnam's Tet Offensive and the turning point of the American war in Vietnam. In January 1968, Huę, South Vietnam's cultural capital, was overrun with 10,000 communist troops; reclaiming the city resulted in the bloodiest battle of the war, fought block by block and building by building. After thousands of soldiers and civilians were killed and Huę was all but leveled, the debate in America was never again about whether we would win, only about how to leave. Mark Bowden reconstructs this pivotal moment in the conflict, narrating each stage of the battle through multiple points of view on both sides.