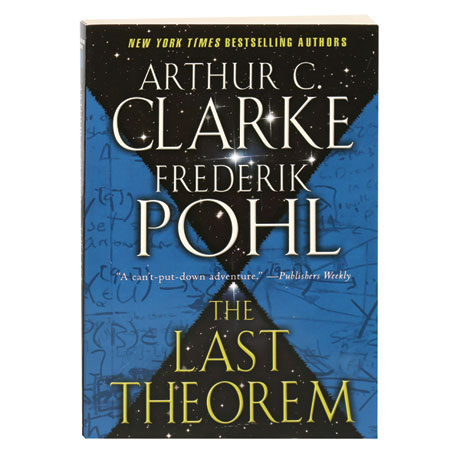 When Sri Lankan mathematician Ranjit Subramanian solves Fermat's Last Theorem—long considered the most difficult math problem of all time—his achievement is hailed as a work of genius, bringing him fame and fortune. But in this 2008 novel by the Nebula Award-winning author of Rendezvous with Rama and the National Book Award-winning author of Jem, it also brings him to the attention of the NSA and a shadowy United Nations outfit called Pax per Fidem—or Peace Through Transparency—whose secretive workings belie its name. Suddenly Ranjit and his family find themselves swept up in world-shaking events, as an alien race approaches Earth, intent upon eliminating mankind as a punishment for the misuse of nuclear power. "A most respectable swan song for two authentic giants." —Booklist