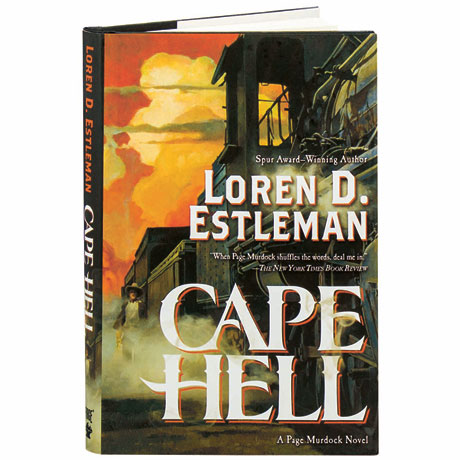 U.S. Deputy Page Murdock is ordered by a federal judge to Cape Hell, Mexico, to verify a report that former Confederate Captain Oscar Childress is raising an army to take over Mexico City, with plans to later turn north to rekindle the Civil War. Unable to talk himself out of the mission, Murdock heads south by train. Aided only by the untrustworthy engineer Hector Cansado and Joseph, a Native American fireman with a few secrets of his own, Murdock hurtles through the murderous desert of a foreign land toward a man bent on wholesale massacre. Well known for his Amos Walker mysteries, Loren Estleman has long been an ace writer of westerns, and this 2016 novel marks Murdock's ninth outing. "An exciting western loaded with intrigue, suspense, and clever plot twists. One of Estleman's best, a smart, tightly wrapped story."—Publishers Weekly