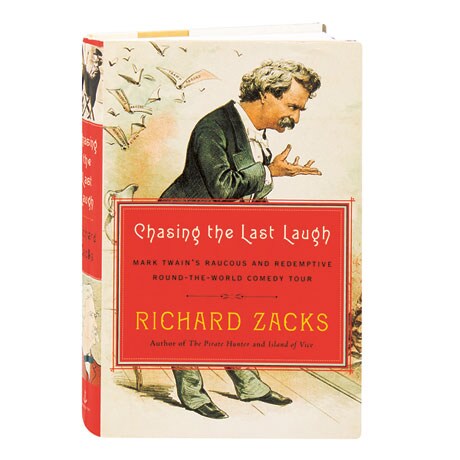 In 1894, Mark Twain was the highest-paid writer in the United States, but—a victim of bad investments—he was also broke. To reassure his deeply distraught wife, the 59-year-old author embarked on the first-ever worldwide comedy tour, a lucrative year-long trek taking him across the American West and onward to Australia, New Zealand, Tasmania, India, Ceylon, and South Africa. Here the author of Island of Vicechronicles the Man in White's adventures, as Twain visits the Taj Mahal and rides an elephant, encounters Zulu dancers and mines for diamonds. Drawing upon unpublished materials, Richard Zacks captures Twain's hard-won triumph, at a time when the iconic author's life more than ever mirrored one of his own tales.