Death Of A Nurse A Hamish Macbeth Mystery 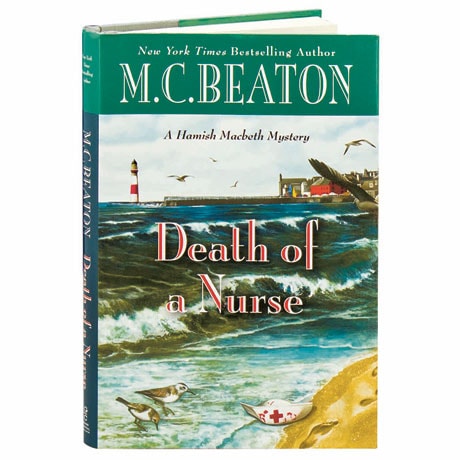 Death Of A Nurse A Hamish Macbeth Mystery

When elderly James Harrison and his gorgeous private nurse Gloria Dainty move into a restored hunting lodge in Sutherland, Constable Hamish Macbeth drops by to welcome them to the neighborhood. After Macbeth is treated rudely by the old man, Gloria apologizes, and the policeman asks her to dinner. At the appointed hour, the nurse stands him up, and four days later, she washes up dead at the beach. In this 31st installment of the beloved mystery series that began in 1985 with Death of a Gossip, Macbeth—no longer assisted by his partner, Dick Fraser—seeks the killer of his late date, before the murderer strikes again. "Macbeth, when roused to action, is very canny at solving mysteries, and the Highlands setting is always satisfying. A fine mix of eccentric characters, vivid landscape, and engaging mystery."—Booklist