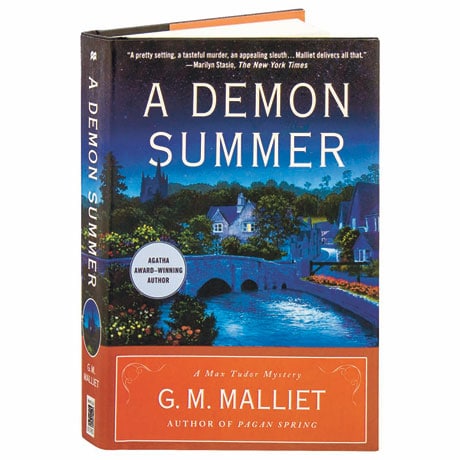 Someone has been trying to poison the 15th Earl of Lislelivet, but given the nobleman's gift for making enemies, no one—particularly his wife—finds this too surprising. What is surprising is that the poison was discovered in a fruitcake made and sold by the Handmaids of St. Lucy of Monkbury Abbey. Making his fourth outing (after Pagan Spring), Max Tudor, vicar of Nether Monkslip and former MI5 agent, is asked to investigate. But in G.M. Malliet's 2014 Agatha Award nominee, just as Max comes to believe the poisoning was accidental, a body is discovered in the cloister well. "This charming English cozy series is delightful in tone. Think Agatha Christie meets Ian Fleming." —Library Journal